Here it is already! December, another year gone and what a fantastic year of riding it was! I hope your riding season was as eventful as mine and I hope our paths crossed this year!

I had a great fall color run! I was like the many many other riders that wanted to do a “color run” such as Tunnel of Trees by with life being as busy at it is I did not have the time or the faith in the fall  this year to make the three hour ride up to Petoskey for the day.  The trees in the are were either in full fall color or already starting to drop their leaves. The weather had been chilly and wet so no real chance to get a ride in. Looking forward a week it looked like a clear WARM Saturday. Now that I had my day picked I needed a destination. Luckily, a couple good friends Groot and Randy felt the same way and put the word out and planned a route!

With the fellas having a plan and a flyer we set out to get the word out knowing in, Michigan this could be our LAST nice day of the season. So between the powers of social media and Reasons to Ride and Michigan Biker Law throwing in their support and swag to give away we just hoped for the best.

The plan was to meet at The Maple Leaf Inn in Vermontville and make a big loop through the country stopping at a few local watering holes on the way.

The morning of the ride I showed up early not entirely sure how many people would show, not that it mattered but just for curiosities sake. People started rolling in shortly after my arrival and they kept rolling in! This went from Groot and Randy wanting to get some folks together to see some colors to nearly 100 bikes and us needing to employ blockers for the ride! There were several clubs and plenty of independents in the group, guys and gals of all riding abilities.

Jeff (Groot from Diamondbacks MC) held the safety meeting before we put kickstands up and headed out to the first stop, Yankee Bill’s. It wasn’t until we pulled into the parking lot that I realized the scope of the number of riders we had. The poor staff was grossly out numbered but held their own and had all our food and drink orders taken and delivered in a timely manner considering the number of bikes and people. After an hour it was back on the road to the next couple stops weaving through back roads with amazing fall colors the entire way. We made a couple shorter stops at other local bars including a stop in Shelbyville and the ever popular Wild Mikes in Battle Creek. As the day progressed and at every stop the numbers dropped a little which is typical on any ride. We ended up back where we began at the Maple Leaf Inn with still well over 70 bikes. Once there the laughs and stories from the day were abundant with everyone agreeing we simply could not have asked for a better day in fall to ride. The friendships and camaraderie made from this impromptu “Color Run” were very apparent and in my opinion is what this biker life is really all about, the people you meet on your journey whatever it may be. I did the swag give aways and even gave a Bike of the Night Award out (can be seen in this issue).

This is the type of day you can’t plan a year in advance in Michigan. The fall weather is just to unreliable so I have to really give it up to Randy and Groot for putting this together on short notice and including me in one of my favorite rides of the year! Well done fellas, I am not sure this type of day is achievable again but I hope everyone who rides gets a chance to enjoy a day similar to this one at some point in their riding careers. Until next time. 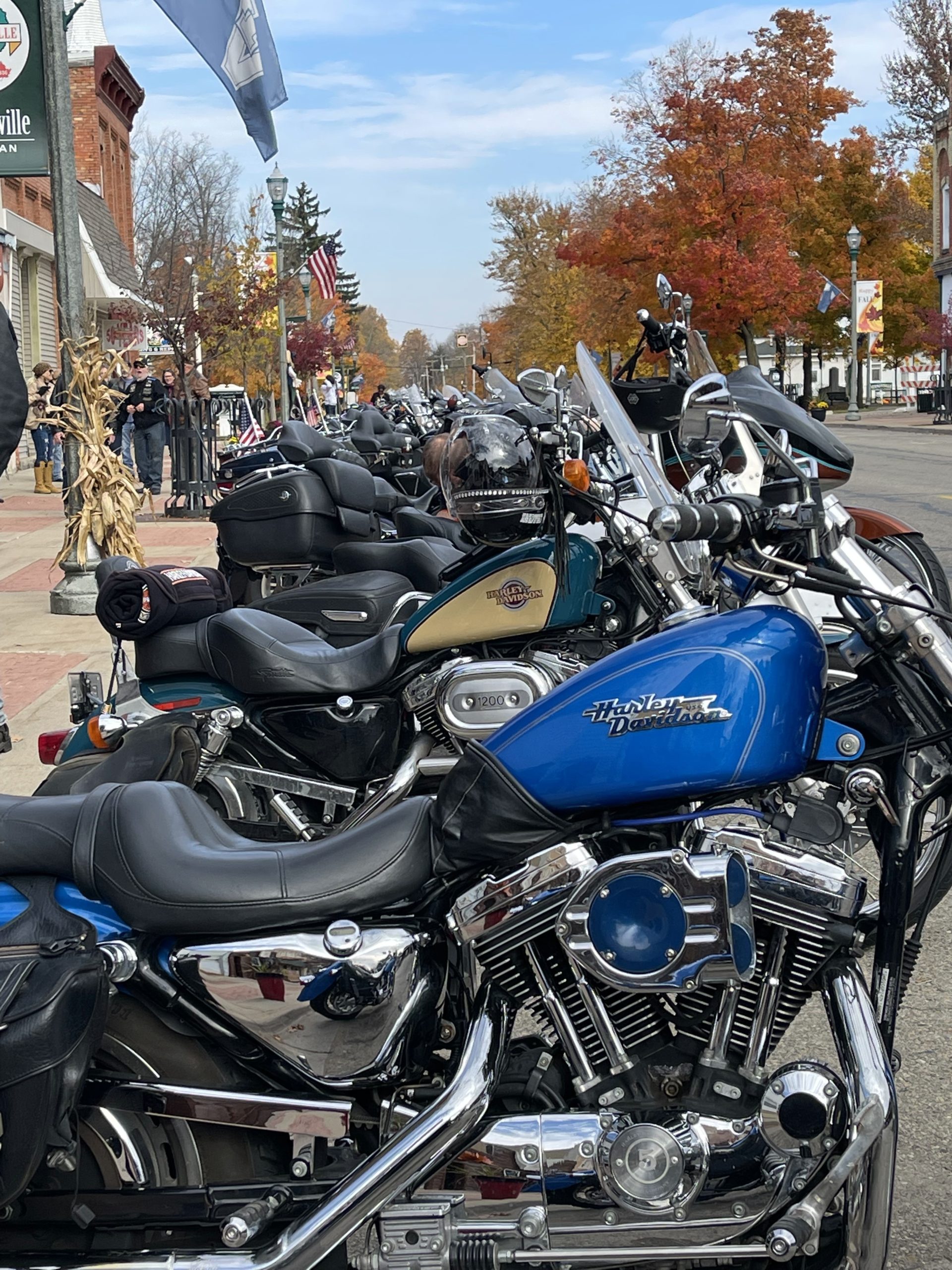